It is an honor and a privilege to serve as Chief of the Franklin Borough Police Department. I am incredibly proud of my fellow officers and the civilian staff that make up your police department. We are committed to the highest performance standards in promoting a safe and secure environment for those who live, work, and visit our community.

We dedicate ourselves to serving the public through a community-oriented policing philosophy. If you have a problem, concern, or idea, don't hesitate to contact us. Our problem-solving partnership enables us to provide a professional level of service and fairness to all.

Our website was designed to help you learn more about our department and available resources. I encourage you to explore the great work of the Franklin Borough Police Department, and thank you for visiting.

In 2021, the Franklin Borough Police Department was proud to unveil a new patch designed to preserve and celebrate the Borough’s rich history.

Franklin, known as the Fluorescent Mineral Capital of the World, is located over a rich ore body containing more than 150 minerals, many of them fluorescent and 25 of which are found nowhere else on earth. Settled in the 1600s, the village known as Franklin Furnace developed near iron mines and iron smelting operations located along the Wallkill River. These operations contributed considerably to the arming of the Continental Army during the American Revolution.

In the early 1800s, zinc deposits developed commercially met with explosive output as many small companies mined zinc and iron in the Franklin area. In 1897, the zinc mining efforts merged into one large entity, the New Jersey Zinc Company. The Zinc Company was a major contributing factor in the development of Franklin and the cultural landscape of Sussex County. Immigrants from Russia, England, Hungary, Poland, Mexico and Chile joined the workforce at the mines. The population, recorded as 500 in 1897, had swelled to 3000 residents in a little over a decade. The commercial success and population boom acted as a catalyst for the formal incorporation of Franklin Borough in 1913.

Serving as the centerpiece of our agency’s new patch is a miner uncovering the four minerals that make up the Franklin orebody: Franklinite, Willemite, Calcite, and Zincite. Rays emanate from the center of the patch representing the fluorescence of many of the minerals found in Franklin. The blue background represents the water of the Wallkill River, which is dammed in Franklin to form the Franklin Pond. The patch also honors the police department’s over 100 years of service to the community by illustrating its establishment in 1915. 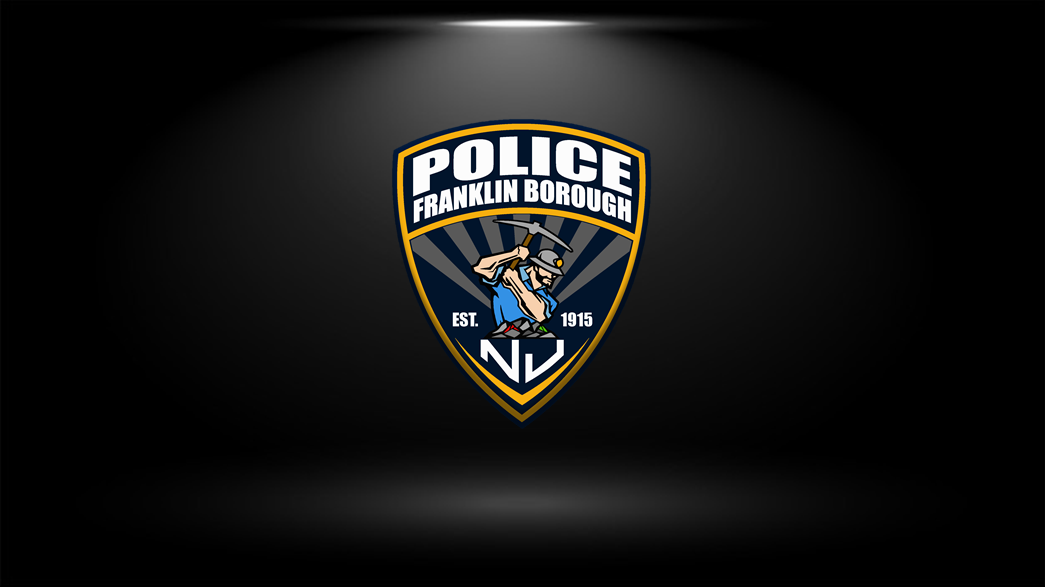